Offline Render is an easy to use, realtime capture plugin for Unity. It allows you to capture the game view to a multi-channel OpenEXR or multiple PNG files, supporting not just the final output image, but also some common elements, like depth, per-light shadows, diffuse, AO (if present in scene as an Image Effect) and other G-Buffers. With the latest versions you can also create ObjectID passes and render to 360!

Offline Render allows you to render your Unity scenes and take them into a normal post-production pipeline using your favorite compositing software. 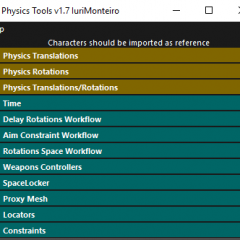 Physics Tools enables you to work faster, smarter and lets you accomplish believable motion in just a few clicks away!

Available for Maya 2014+, Win64. Linux version upon request. Licenses are node-locked. All sales are final.

After purchasing please contact pt4maya@ycdivfx.com to request your license file, please include your name, email and MAC address.

yVR is a new multiplatform tool that allows you to view your mono and stereo 360 renders directly on your device either in 360 or cardboard mode. yVR works locally for artists that want to see their work directly on their final medium or across the internet to showcase to clients and get fast and efficient feedback on 360 projects. 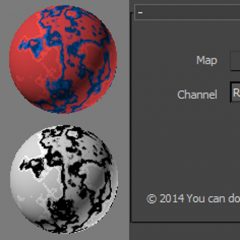 Channel Shifter is a new Texture Map for 3ds Max that allows you to quickly shift channels from other maps with just a couple of mouse clicks. Very easy to use, after selecting the map you want to shift the channels, you just have to choose which channel you want to use for RGB and for Alpha and you are done. Extremely useful when you want to create bump maps, opacity maps, masks, etc, in a quick and easy way.

Nyx SideKick makes it very easy to incorporate Houdini into your 3ds Max workflow. By using a live connection between both programs Max and Houdini can talk directly to each other which create some very powerful workflows options. For example you can model a car in Max, send it to Houdini to blow it up, and get the fragments and fire* back in to Max. Once this has been setup you can make changes to the car model and with a single click run the new model through the Houdini graph and get updated fragments and fire for the new model. Make sure to watch the tutorial video below to get a feel for the workflow and a glimpse of it’s capabilities.

If you use Max as your main tool and know a bit of Houdini you never need to buy a VFX related plugin for Max ever again. Works fully with Houdini 16 Indie and FX.

Feel from to join our Houdini For Maxers to hang out, get updates, make feature request, report bugs, etc!

Trial is available for 5 days. 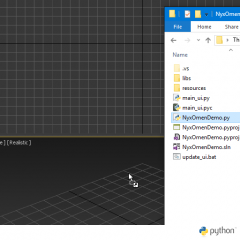 This is a simple plugin, to allow dragging python scripts to 3ds Max the same you do with MAXScript scripts. 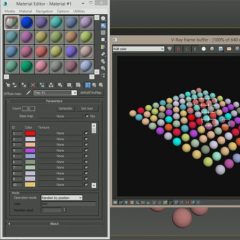 MultiTexMap is a bundle pack that includes material and texture maps that easily allow you to randomize materials and maps in your scene, based on random values, object id, material id, user properties and more. 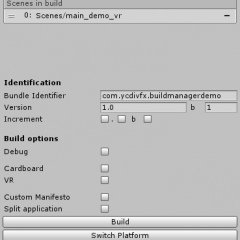 Build Manager allows you to create and manage your build settings for your apps. It supports Android, iOS, PC and WebGL.
It also contains special settings for you to build your Google Cardboard projects and also for Standard Unity VR.

With Build Manager you can easily iterate builds or create multiple builds for multiple platforms with the touch of a button.

mScrub Pro is a tool for animators that allows you to easily scrub the timeline and navigate through keyframes with the mouse wheel, among other options targeted for animation in 3ds Max.